This body of work investigates the hegemonic assumptions hidden in web infrastructure and critiques the linkage between “white” and “neutral” in both web and gallery aesthetics. How to patent a trace is a residual architecture that attempts to physicalize “immaterial” structures of power and highlight unpaid labour and surveillance in networked existence.

By employing algorithms, web applications and software presets as subject matter, I endeavor to make visible the implicit conventions that are imposed upon users while simultaneously using the viewer as an unpaid labourer. With this process, I allow the algorithmic interpretations to be hyper-visible in their dictation of the work’s content; the “hand of the artist” is amalgamated with corporate software. In drawing this parallel, I hope to implicate artist, software and website in their perpetuation of Foucauldian notions of biopower.

I use transparent and mirrored laser-cut acrylic to critique the supposed transparency of digital infrastructure. The shapes the acrylic take are based on 3D scanned fragments of architecture from Institutional gallery spaces, combined with “universal” pieces of web infrastructure gleaned from popular social networking sites. As the viewer enters the installation, they are 3D scanned in real time and projected over the laser-cuts to produce content for the work. The space created speaks to hegemonic, neutral landscapes, but also creates a physical, rhizomatic approach to an “immaterial” architecture of power. The laser-cuts become transparent barriers: a physicalization of the insidious hierarchical structures that exert themselves upon us online. 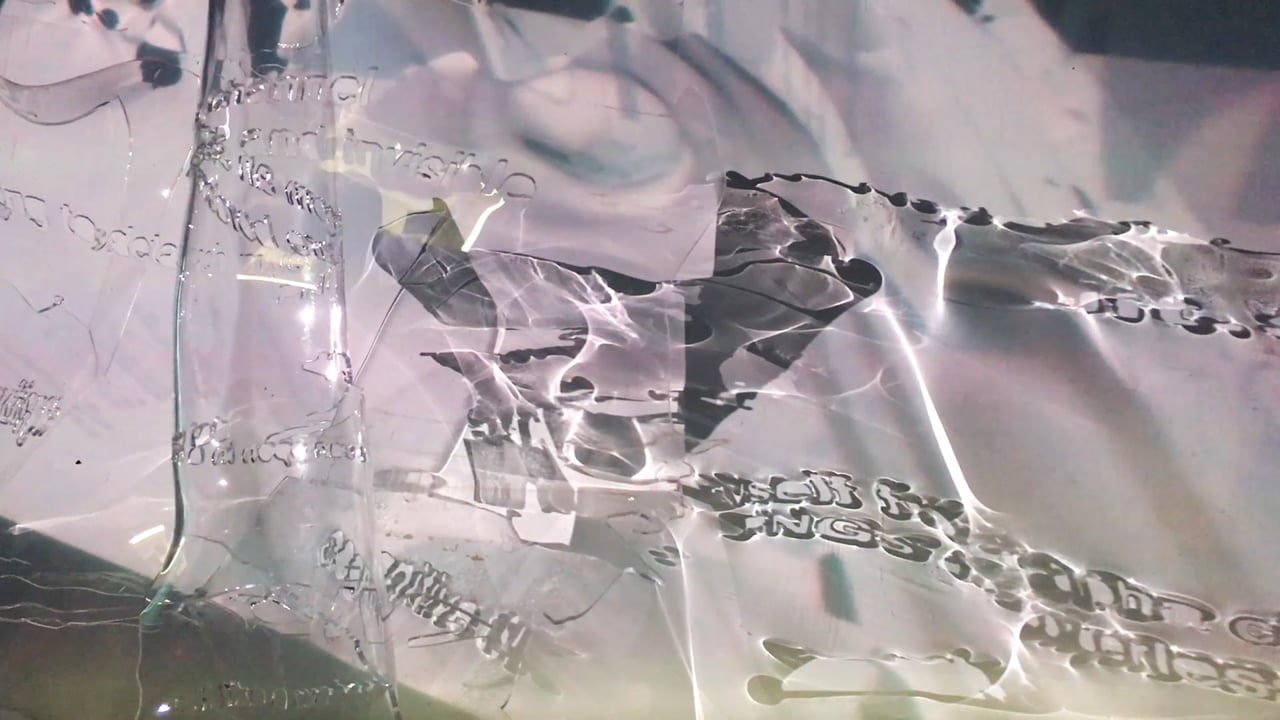 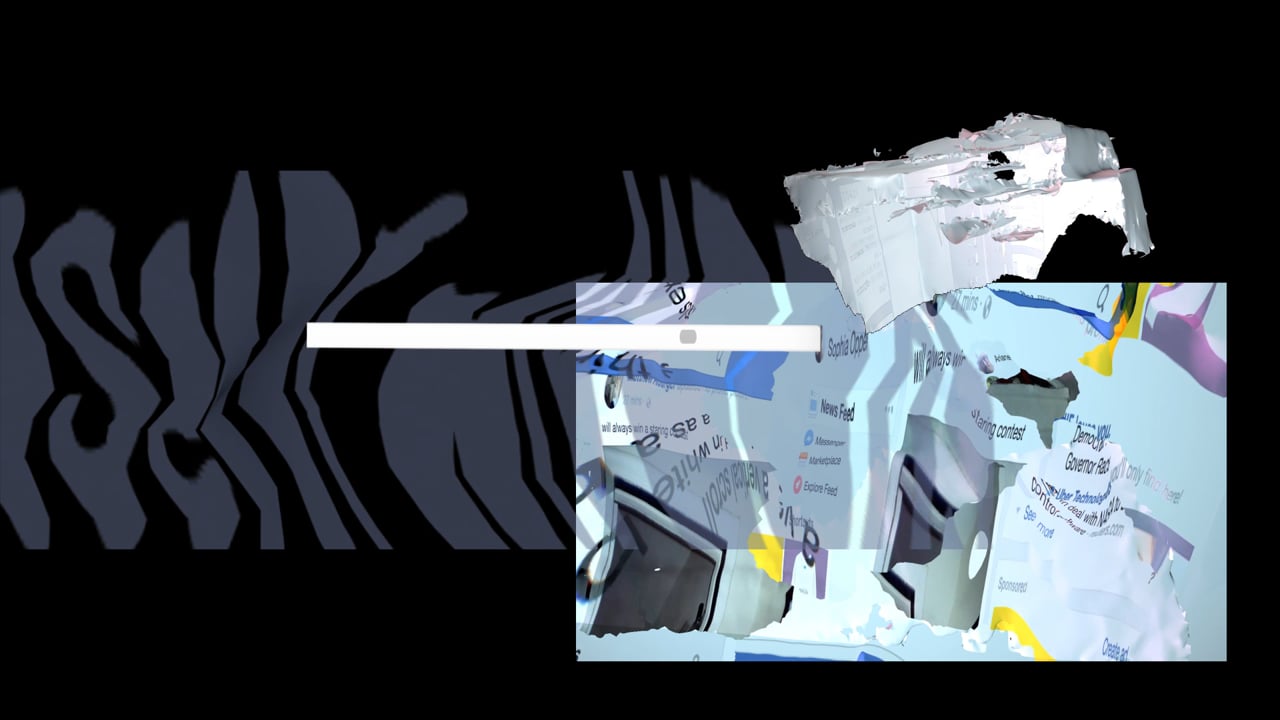 how does a .jpg feel against your skin?
Sophia Oppel
recalibrate (w Philip Ocampo)
Using Format