As we exist in digital environments we generate data to be mined by corporations; to have a digital presence is to perform unpaid, immaterial labor. This flattening of work and leisure means we are in a constant state of training; we are being trained by our online activities to carry out affective work. Measured participation also makes reference to bio-tracking and fitness applications that facilitate data production and self-administered disciplinary regimes.I wanted to draw a parallel between training one’s body and being trained as a producer of data commodities online. Both actions perpetuate the exertion of hegemonic biopower; we train ourselves to be docile and, in doing so, internalize the normative, Western, humanist power structures that are insidious in digital infrastructure.

This installation involves one performer in a blue one-piece suit who executes an exercise routine on a blue yoga mat while the video and voice-over play. While the performer exercises, they are live 3D scanned using an Xbox Kinect. The live feed is projected into the existing video work. RGB blue is a recurring motif throughout the piece, as it is the color used to chroma-key parts of videos in post-production. To have a body that can potentially be edited in post-production references myths of perfectibility that we are faced with in digital environments, and links the body to the digital. While we often think of our actions online as having no physical ramifications, the direct link between performer and projection in this piece speaks directly to the embodied repercussions that digital infrastructure can have. 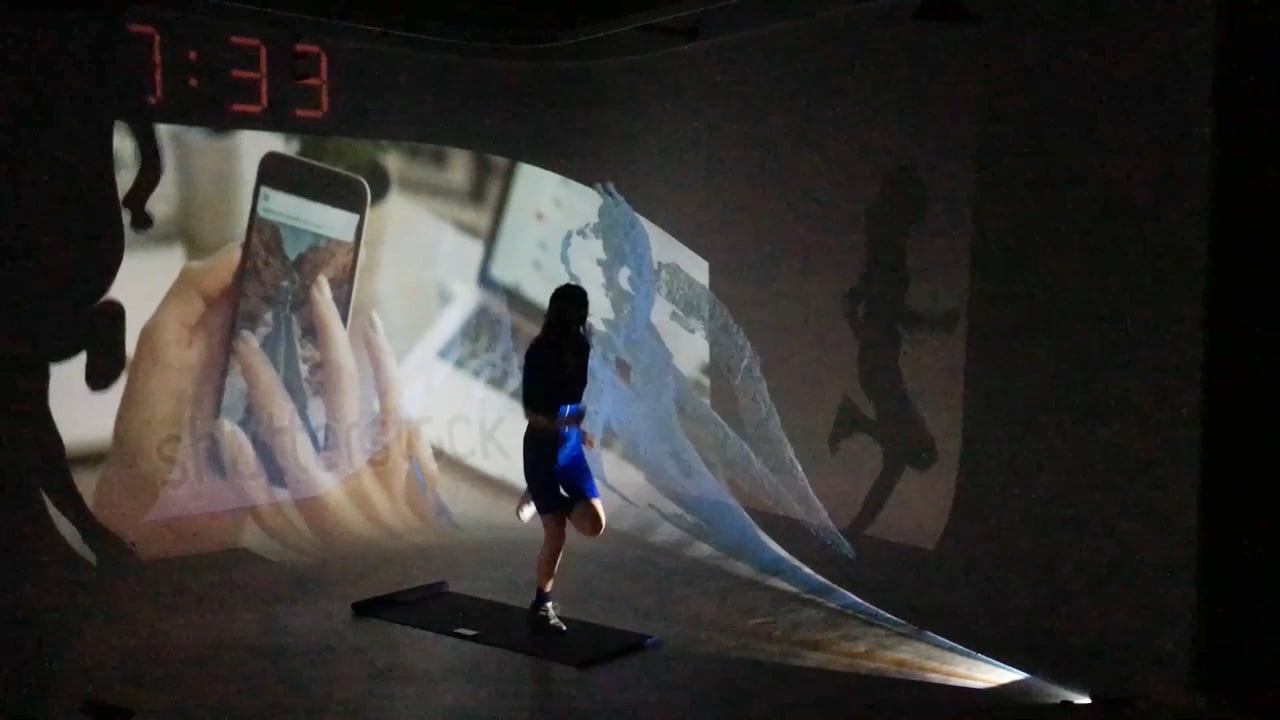