Deploying transparent substrates—glass, mirror and the screen—as a framework, being both opened up and flattened, considers the paradoxes of legibility under surveillance capitalism. The installation addresses both the complicity with, and refusal of, biometric capture on a bodily scale by creating a space of hostile affirmation which implicates the viewer in the process of becoming transparent. Referencing the streamlined, clinical aesthetics of airports and luxury retail establishments, the work explores the perverse desire to participate in the flows of commodified self-image. This installation examines the gradations of transparency from a position of complicit critique, and addresses the political and poetic implications of becoming transparent; who can comfortably inhabit transparency, and in what ways do desires for legibility specifically impact bodies socially coded as feminine?

being both opened up and flattened centers around a 6 ½ x 6 foot two-way mirrored divider which catches and refracts projections in tandem with an instructional voiceover. Upon entering the installation, viewers are met with four seasonal affective disorder lights turned up to maximum brightness mounted to vertical poles on either side of the mirrored divider. The 11-minute instructional voiceover oscillates between the rhetoric of an airport announcement, guided meditation, and commercial advertisement as it guides the viewer’s movements through the space.

Further documentation of this work, and a Introductory essay by Jean-Paul Kelly, can be found online as apart of visualstudies.net 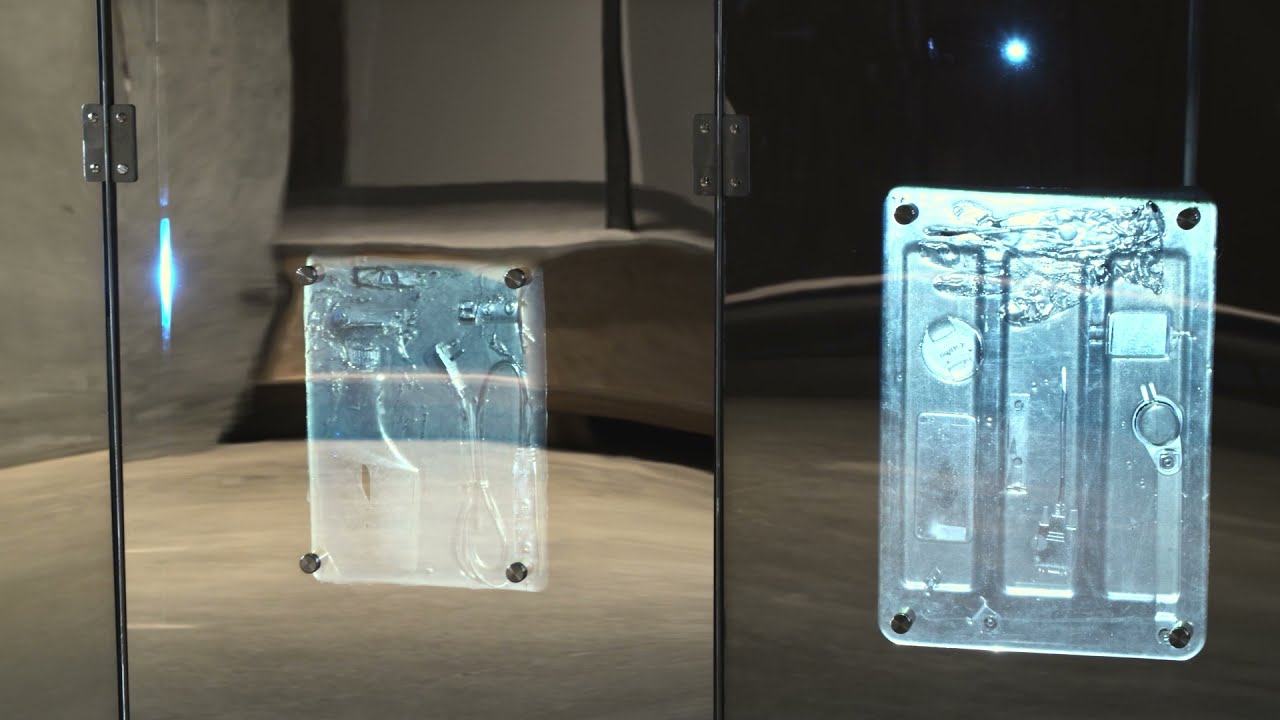 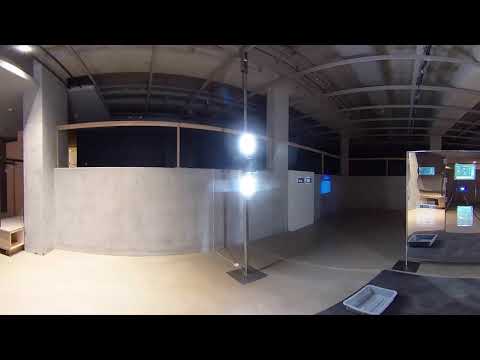 Documentation by Toni Hafkenscheid and the artist.