I have come to understand that digital production tools serve as an augmentation of existing social codes and hierarchies, housing the ghosts of western imperialism. 3D rendering software-particularly Cinema 4D- is something that can be used to create new landscapes, figures and identities. Unfortunately, it still houses the biases of its creators in a number of pre-sets for user implementation. These pre-sets are almost entirely white, binary gendered, able bodied and of idealized proportions, creating a problematic disjunction between the representation of human subjects and the much more diverse reality.

In this way, our technology becomes another narrowing infrastructure, providing default content for us that mirrors the dominant, hegemonic voices of western society. I wanted to explore how we are forced to tell our subjective story with “objective” structural means that already posses an encoded language.

My film employs a combination of stock footage and 3D rendered pre-sets to discuss this dominant meta-narrative that is being fed to us via digital media. In order to discuss the disjunction between these images (signifiers) and the complex and hybrid reality that they attempt to flatten, I began with these pre-sets as bases and then deconstructed them. While I believe that these technologies of control feed us normative imagery, we still have the opportunity to edit and re-articulate them in order to draw non-linear correlations and construct our own digital subjectivity. While this piece employs dominant narrative imagery as its basis, it creates an alternative narrative through the process of alteration. Through the use of green screens, multiple overlaying frames and screen capturing software I hope to draw attention to the structural biases written into supposedly “universal” narratives.

The voice-over employs the prescribed language of computer editing software to both highlight the artificiality of the representation and the mediation of conditioned infrastructures. 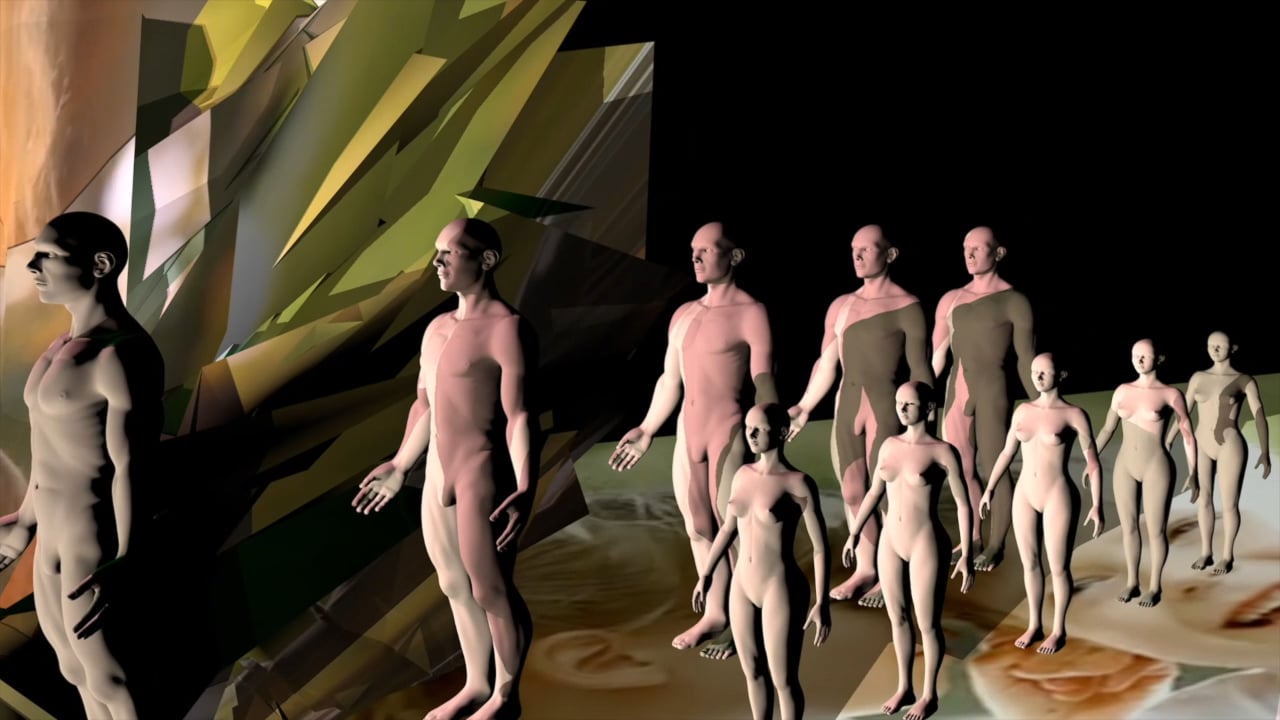